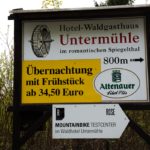 The Spiegelthaler wasserfall was easy to reach from the picturesque Waldhotel Untermühle but the hotel nowadays is closed and it is prohibited to park there.  You have to park along the roadside, somewhere near the exit to the former hotel (gps 51.829794, 10.349690). 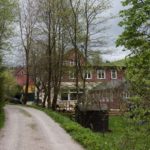 The Spiegelthaler wasserfall is only 7 meter high but very nice to see with a small pool in front of the waterfall. Also a perfect place for children where they can play with the water. 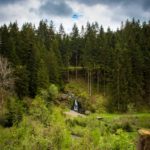 If you want an overview you can walk to the other side of the lake where the trail is lying on a higher altitude then the waterfall.

Highest waterfall in the Harz is the Romkerhaller wasserfall with a height of 50-64 meter and is located near Bad Harzburg.