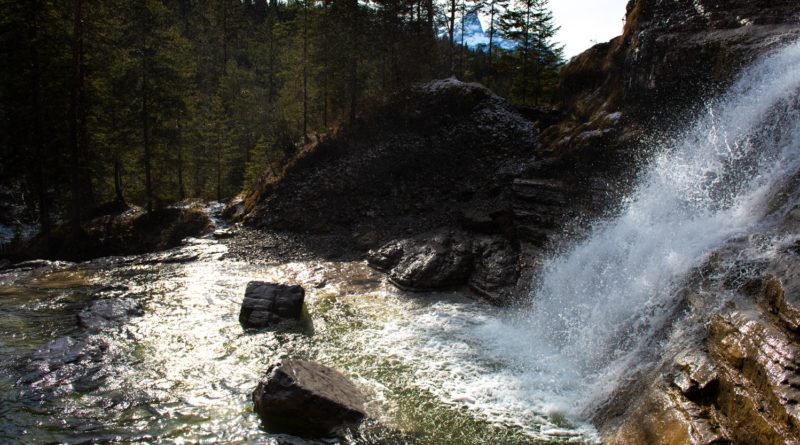 Because I wasn’t allowed to ski, due to a shoulder injury. We were on a family ski holiday in Garmisch Partenkirchen (Bavaria-Germany) and I decided to visit some waterfalls and gorges in the direct proximity. Unfortunately I got sick and after three day when I recovered I had to change plans. I only visited two waterfalls but to my surprise there was more water in the rivers then I expected. I visited two waterfalls:
– Häselgehr wasserfall (Austria)
– Kuhflucht Wasserfälle (Germany) 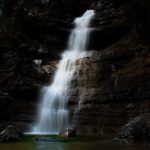 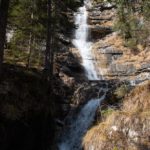 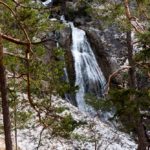 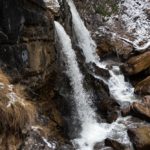 The second waterfall I visited was closer to Garmisch Partenkirchen, at Farchant, a 10-15 minute drive. The Kuhflucht Wasserfälle is sometimes mentioned as the highest waterfall in Germany but there are higher waterfalls. Nevertheless I was surprised by the amount of water coming down the waterfalls. I expected less in wintertime. Beside that there where approximately seven waterfalls to be admired.

From the parking in Farchant (there are signs) it is a 10 minute walk until you see the first small waterfall in the river. From then on there are several other small waterfall until you reach the bridge. From here you can see the bigger drops. You can walk a little further up for a fantastic viewpoint. I didn’t went further up to the source of the Kuhflucht Wasserfälle, but this drop is also very beautiful. A waterfall worthwhile to visit!
Read more on: Kuhflucht Wasserfälle

For all other countries, please check the menu