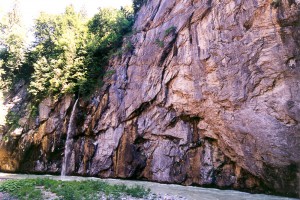 There is a small waterfall in the Aareschlucht, near Meiringen in the region Berner Oberland, Switzerland.

You have to pay admission for the gorge, CHF 9 for an adult. You can also buy a combined ticket with the beautiful Reichenbachfall which is nearby.

The Aareschlucht is a gorge near Meiringen (and the famous Reichenbachfall) which is quite nice but the waterfall itself isn’t very impressive.

One thought on “Aareschlucht wasserfall”