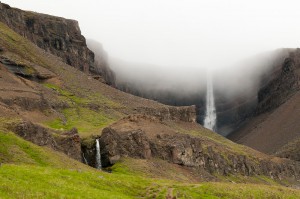 Hengifoss is a beautiful waterfall in Fljótsdalur valley not far away from Egilsstaðir. Hengifoss, in the river Hengifossá, is 128 meters high making it the second highest waterfall in Iceland. There are several sources speaking of a height of 118 meters. The truth probably lies in between.
Hengifoss means something like «hanging waterfall» 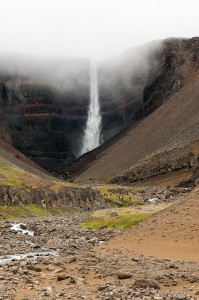