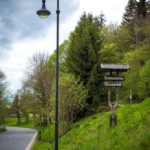 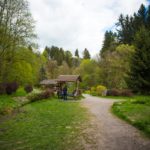 First thing you see are several picnic tables and a barbecue facility just in front of the Königshütter Wasserfall. The picnic area is a perfect spot for a lunch with family. In a holiday period it can be a little crowded but is a really relaxing area, perfect for children.

In front of the waterfall you have a good look on the 16 meter drop. It is also possible to walk to the top in a few minutes where you have a nice view on the area. There are several hiking trail and the area is popular by families. 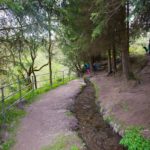